History of our Society

A History of our Society

The society was founded on 18 November, 1997 from the members of the choir taking shape about that time. Today the membership of the society varies around 40. The majority of the members are retired that is they are elderly people. The society’s activities, carried out in accordance with our statutes, consist mainly in cultural and tradition preserving tasks, with a field of activity concentrating on the settlement of Mecseknádasd in the first place. The most important among those is the active participation at religious ceremonies (holy masses, funerals). The society, of course, accepts invitations at civil programmes, too.

Main achievements of recent years: the publication of a book – in Hungarian and German – written by Mária Knipl: „Saint Margaret of Scotland, a granddaughter of St Stephen (king Stephen I of Hungary), the legendary princess of Réka’s Castle”;

the publication of a two-volume book in German, for use in researching ancestors, also compiled by Mária Knipl called: Quellenbuch Nadascher Kirchenbücher 1721-1850.

Innumerable performances of the society’s choir at different places and programmes, especially at masses in the Central District Parish Church, Pécs, broadcast on the radio by MR4. The foundation of the society was initiated by the church choir so that it might be the framework of the tradition preservation work. Efforts are made to collect and keep – in the liturgical and profane performances – those old hymns and songs that by now survive only in the memory ofour elders. In connection with this, old tape recordings and memorabilia are also collected.

The society support and, as far as they can, help all initiatives that could be useful for posterity and can advance the preservation of the peculiar identity of the people of Mecseknádasd.

The chief mission of the church chorus is to glorify the Lord and to serve the congregation of the parish at the Sunday and other sung masses. The smaller chorus functioning at funerals is made up of members of the Choir as well. The Choir fulfills its task at a high level which is proven by their numerous participations at masses on the radio or TV as well as at the by now traditional „Adventsingen” shows at Christmas.

They often appear on festive occasions in other villages, also at the noted community days and remembrances of Mecseknádasd (annual festival in commemoration of the dedication of the local church, the anniversary day of the displaced, etc.). Their repertoire mainly consists of Roman Catholic folk hymns and other church hymns in German and Hungarian. At secular feasts they perform a programme compiled of folksongs of the German folk living in Hungary (die Ungardeutsche). During the different kinds of holy mass, they sing in Hungarian, German, or Latin. At Easter, the story of Jesus’ sufferings (the Passion) is recited in German.

The Choir was led by József Kiszler a schoolmaster and cantor with great fervour. Then, they were prepared and helped to attend the religious ceremonies by Rita Nagy. These days, the chorus is accompanied on the organ by János Müller or Balázs Balogh. The choir director is Mrs Maria M. Knipl. 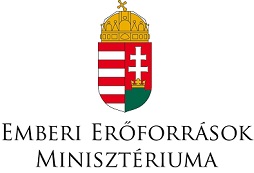